From July to December 2017, I had the opportunity to work as an accessorist at the Théâtre de Vidy in Lausanne under the eye of the one and only Mathieu Dorsaz, chief-acessorist at the theatre. I must say it was an amazing experience, and I got out of my comfort zone for sure!

Depending on which theatre play is going to be displayed, a typical day at the theatre involves (but is not limited to) the creation of objects such as fake vegetables that would later catch fire, several-meters long inflatables structures, skeletons, blood-squirting guts, motorized dentures, deformed fake-babies and other corpses, imaginary machines, but also special effects such as fireworks, explosions, foam, smoke, etc. 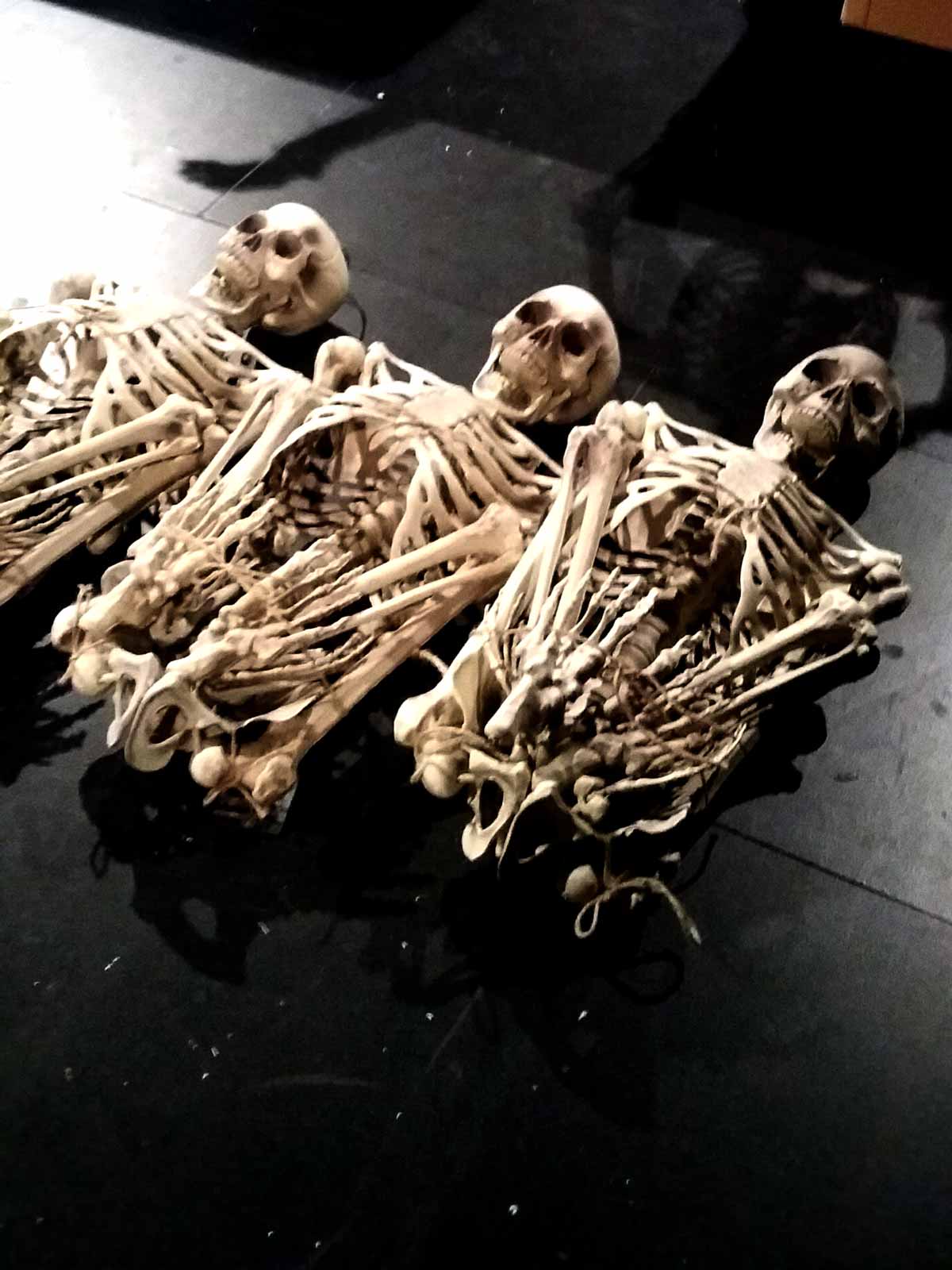 A typical day at work.

A special shout-out to Mathieu who is really great at doing all that, and who learned everything by himself. Oh, and apart from his full time job at the theatre, he is also a dad, he creates tricks for magicians, he runs a kids-magazine, is currently creating a board game he is planning to commercialize, and he works in a board-game shop on Saturday afternoons. I don’t know how he does it all. 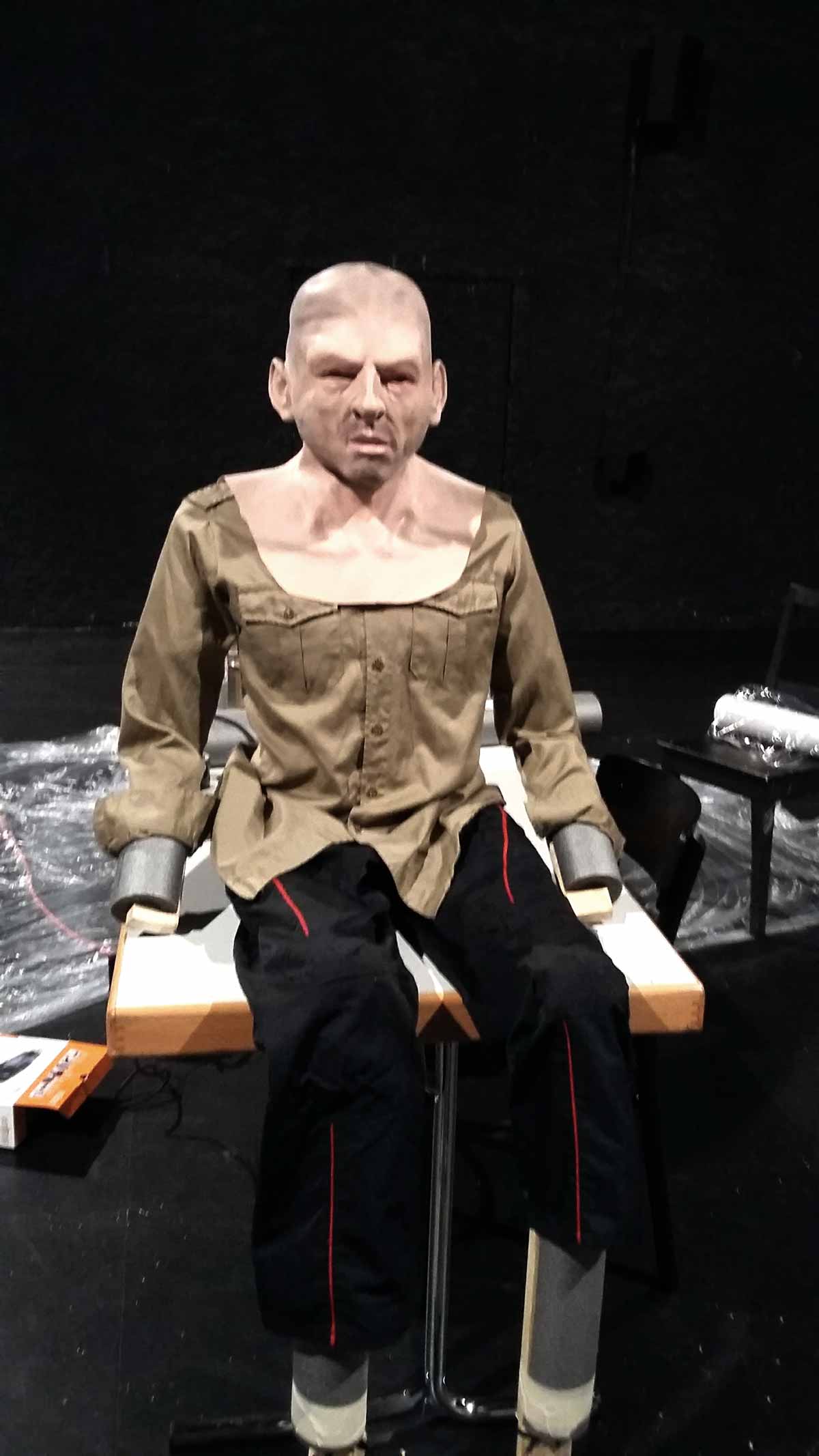 Yet anoter typical day at work.

As you must have guessed, this work was really exciting, and I learnt a ton of new things, which includes for example the use of electric arc welding, and other things like using a drill and other cool tools, climbing really high on a ladder without fainting, etc.

One of the most exciting things I did was the building of remote-controlled robots for the swiss artist, author, and photographer Augustin Rebetez’s theatre play called L’Âge Des Ronces. Augustin has a great visual universe and I was really happy to collaborate with him and get to know him. Here’s a trailer of L’Âge Des Ronces, to get an idea of the universe we’re talking about.

So we built two remote-controlled, 2-meters-tall robots that would move their heads, have their eyes light up, and speak on command. Here you can see a video of the head that was not yet attached to the body. Next is a video of the Arduino-controlled servo motor we used to articulate the mouth. 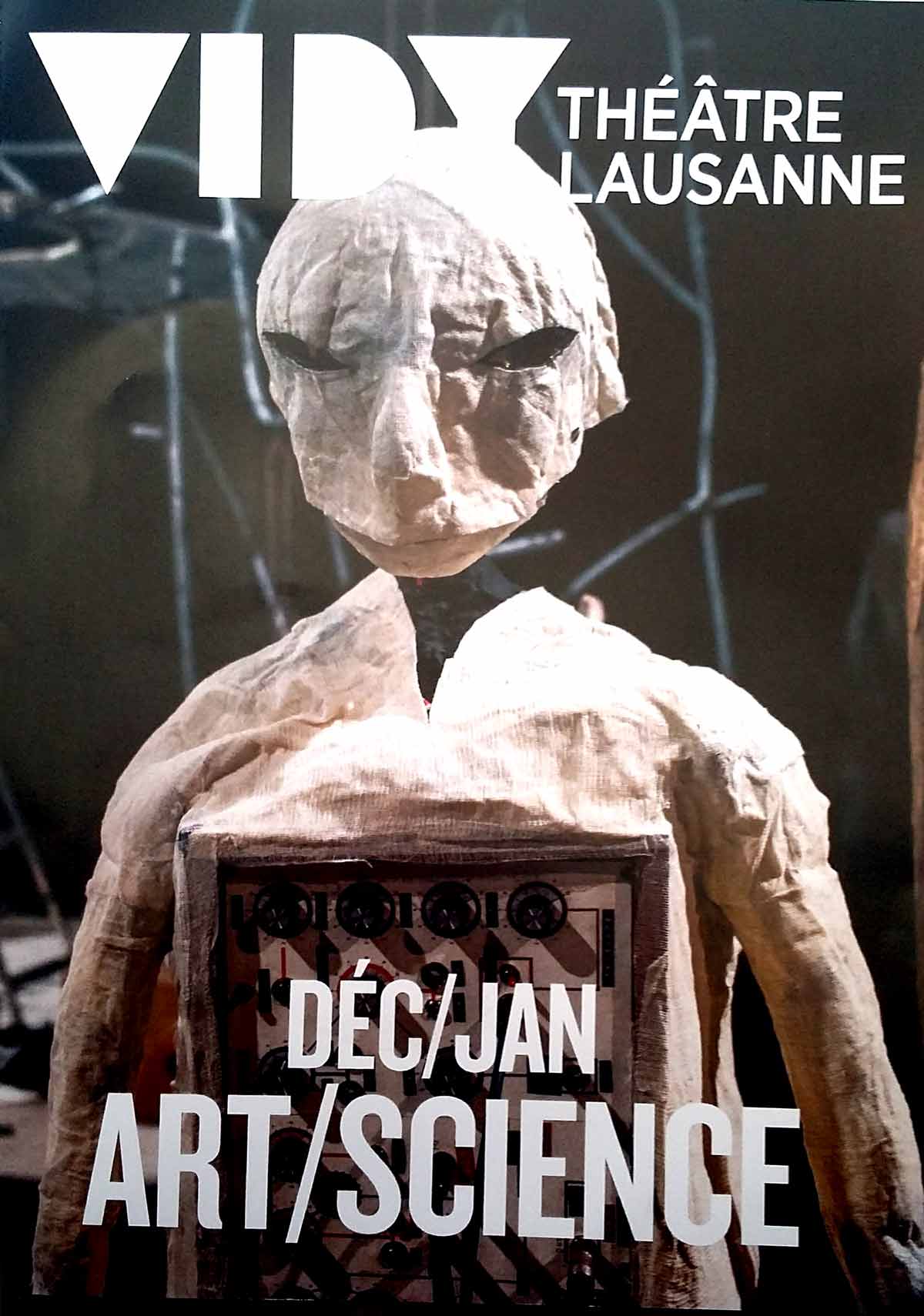